The glossy surface and the intricate visual details innate in my artworks are hard to capture with any accuracy. I invite interested persons to view the original creations in person if possible. What could be more satisfying than being able to appreciate a piece of original work of art up close in person. Thank you. 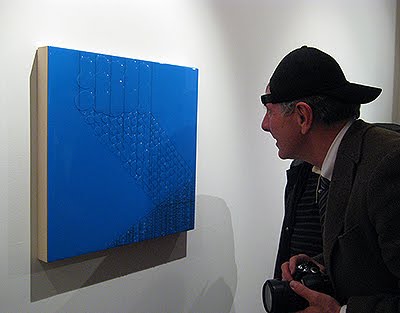 View the work in person

"The words fresh, pure, clean luminous, pristine, sophisticated, modern, disciplined and colorful all rush into my head upon viewing Sand T's work. Viewing a single piece is pleasing, but seeing works in a series in much more engaging, enveloping and exciting. The artist seems to attain her goal ("... to utilize the basic elements of visual language... to create maximum visual impact.") in every single piece."
- Mim Brooks Fawcett, Executive Director, Attleboro Arts Museum, Attleboro, MA, USA. 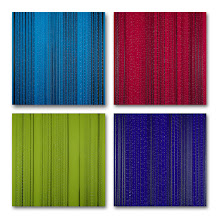 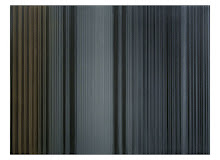 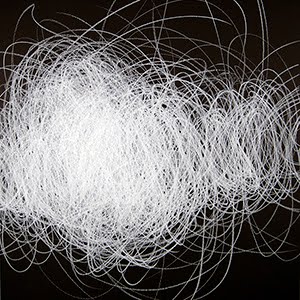 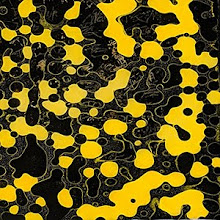 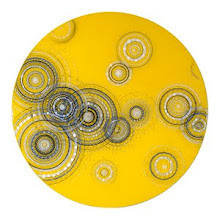 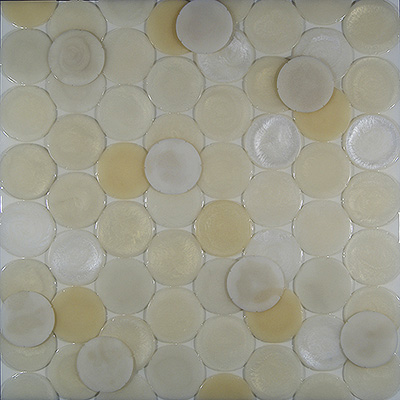 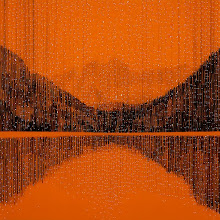 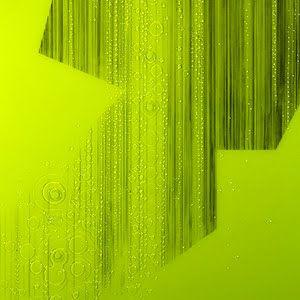 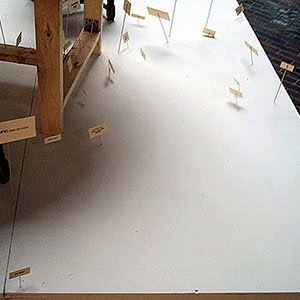 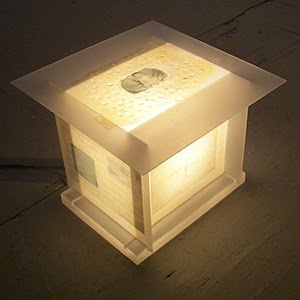 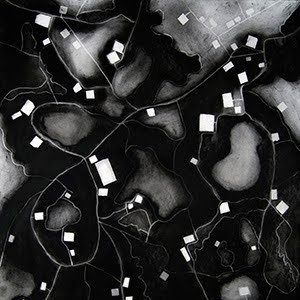 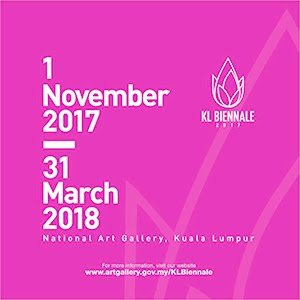 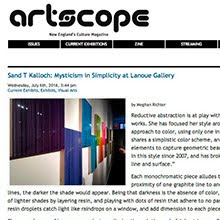 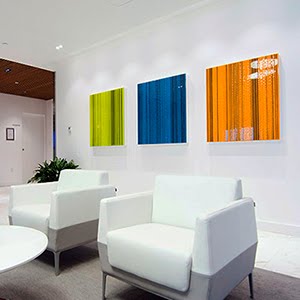 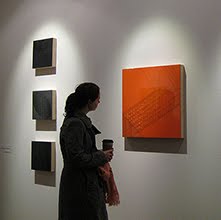 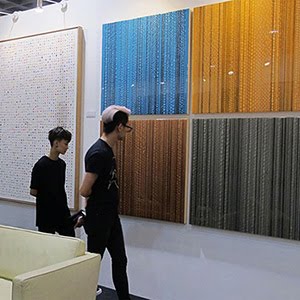 "When the world is at odds, you can look at art that grapples with big issues or you can look at art that calms and rejuvenates. This week, I choose the latter. Sand T’s show of mixed-media paintings at Lanoue Gallery refreshes like a storm sweeping out humidity and cooling the air. The abstract works impress with technical finesse and mastery of material. The artist covers a wood or acrylic panel with a single color of paint; on top of that she layers graphite lines and coats of clear resin. With the panel laid flat, she finishes each piece with drops of resin — plop, plop, plop! — which cover the paintings with irregular rounds. They read like raindrops on glass. Resin can be a beast to work with, and Sand T controls it skillfully." 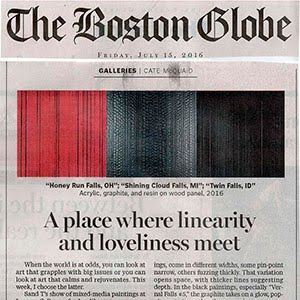 "Reductive abstraction is at play with Sand T Kalloch’s new works. She has focused her style around a minimalistic approach to color, using only one in each piece. Each piece shares a simplistic color scheme, and the same simple elements to capture geometric beauty. She’s been working in this style since 2007, and has broken it down to, “point, line and surface.” "Each monochromatic piece alludes to different shades by proximity of one graphite line to another — the denser the lines, the darker the shade would appear. Being that darkness is the absence of color, Kalloch mimics the use of lighter shades by layering resin, and playing with dots of resin that adhere to no particular pattern. These resin droplets catch light like raindrops on a window, and add dimension to each piece."
Read more... “Like symbols in a private alphabet, Sand T feels the pieces comment on time. They reflect the entire time used to create the work – sketching it, drawing the graphite lines, layering and adding the drops. They are evidence of when each dot was dropped, where and how it fell, and the movement from one drop to another, as well as the time spent viewing the work. Time also can seem to stand still, because the shiny pieces have a meditative, mesmerizing quality...." - Roanna Forman, artscope's 5th Anniversary Issue, March/April 2011, Page 46.

"The words fresh, pure, clean luminous, pristine, sophisticated, modern, disciplined and colorful all rush into my head upon viweing this work. Viewing a single piece is pleasing, but seeing works in a series in much more engaging, enveloping and exciting. The artist seems to attain her goal ("... to utilize the basic elements of visual language... to create maximum visual impact.") in every single piece." 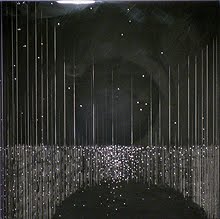 This essay was kindly written by Jocelyn Almy-Testa for my monograph in support of my major solo show that was to be held at the Museum & Gallery Tuanku Fauziah of the University Sciences Malaysia in Penang, Malaysia in 2009... Continue reading

"In German philosophy, Martin Heidegger reveals the concept of the Augenblick, a specific minimal moment in time – quite literally the blink, or glance of an eye, time frozen, reduced to its smallest component part. And in many ways Augenblick may be enough to describe Sand T Kalloch’s work, where drops of epoxy resin, on clay covered board, come to represent, in the eye of the beholder, infinite time and space encapsulated..." Continue reading 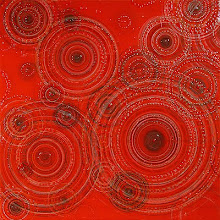 "The saturation of color is the purest form of visual joy in works by Solo Exhibition Award Winner Sand T Kalloch (Malden, MA). One's eyes fill with the essence and vibrating energy of a singular field of color. The subtle drawing and smooth surface push the color forward into the periphery of initial contact. The colors the artist has chosen are those that can be immediately connected to the more energetic, positive emotions. But in this form, she could have chosen blacks, whites, and grays and hinted at it; one edge of line, one shadow, and another emotion is certain to emerge - even with the joyous color. The color remains what affects the instinctual reaction, but working behind this is the composition; together they guide the viewer to an aspect of the piece itself and the inner life of the individual experience."

"Although Sand T Kalloch’s paintings appear to utilize a simple language of dots, line, and color, they transcend their simplicity through their illusionistic surface depth and reflective nature. For some, the patterns might allude to the moments when our interior bodily rhythms are acknowledged and heard. The fluctuated spacing between lines and between pooled dots remind one of breathing patterns, blood pumping, and a heartbeat. This makes the most sense when one has been especially hyper-aware of one's own body. During meditation or yoga, the breath becomes all-encompassing, when one is operating on pure fear or adrenaline; we feel our blood pumping through our body. Sand’s paintings slow us down so that we can listen to the inner rhythms of ourselves and respond to the image in front of us." 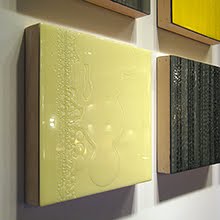 "Sand T Kalloch employs an array of bold colors with extremely fine graphite lines and smooth resin layers to create a sophisticated and ultra minimal aesthetic in her art. Her interplay of these lines, layers of resin, and intentionally placed resin droplets creates a wonderful three-dimensional effect that is very enticing to the eye. Her precision and control of a highly difficult medium brings to the viewer her sensibilities in the exploration of the concepts of time and the meditative energies of controlled motion in non-objective imagery." 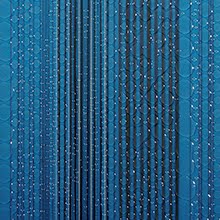 What Andre Can Der Wende said...

"... there's something comforting in the aesthetic consistency of Kalloch's multimedia panels. There's a sleek assembly-line aesthetic that belies the cool appearance with emotive warmth and intelligence, nullifying any thoughts of the work as pure eye candy. I can't help but love the deliberateness of a process that still allows for so many subtle improvisational riches. The work is about looking and slowing down long enough to consider the depth of experience in what at first appears similar... " - Andre Van Der Wende, Contributing writer, Cape Cod Times, Sept 6, 2012 ... read more >>>

"... Luminous dried resin drops build patterns that look like individual trapped drops of water. Random irregularities can make the drops look like cellular activity or even malfunctioning of motherboard, in the mostly rectangular grids. Careful timelines filled with playful surprises, they are exciting viewing." 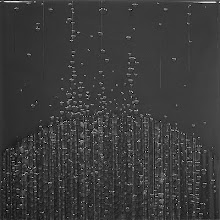 "... FROZEN in motion and immortalised in time, glistening droplets come to life and dance under lights. But despite their polished brilliance, their beginnings are humble...."

"...Though a sense of cleanliness and structure dominate the works there is a luminosity and tactile quality about the thick hard resin drops that contributes a juicy texture to the pieces. Though the works rely heavily on geometric forms and vaguely architectural elements, they avoid projecting any kind of rigidity. In fact, the epoxy resin layers have a hard candy-like quality to them, appearing as though they may melt in the viewer’s hands, or dribble down the wall come summertime...." 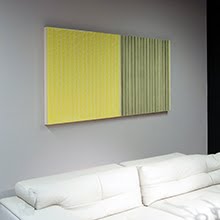 "You might want to tie your hands behind your back when you look at Sand T Kalloch's new paintings. The Malden artist is a big tease at "Touch Me Not," her new solo exhibit of glistening, shining surfaces that will tempt you to reach out and touch to see if they're really wet. The show's theme is simplicity, repetition, and structure. And if you're worried that you'll succumb to temptation, find the one painting that you can touch titled "Please Do Touch." 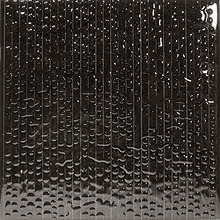 "The resin paintings on panel are solid black and articulate their structures through the drops that well up on the resin surfaces - at times with rationally Euclidean clarity and others with a rhythmically explosive abandon that would make Brian Eno proud."
- Daniel Kany, Portland, Maine, 2008.

"... I love the minimal nature of the work- its simplicity. They feel jewel-like and optimistic to me. The colors are so vibrant, and the different patterns of what look like water beads give them a very modern and clean edge. The term ‘less is more' is an excellent characterization of Sand T Kalloch's non-objective work. They are solid, yet elegant; formalistic, yet spiritual." 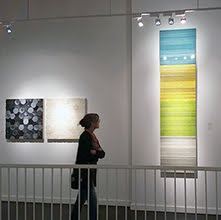 "Amazing in every sense! Its hard for me to find the words (as clichéd as it sounds). Best way for me to describe it is to call it a sensory experience. I don't know why, but I have a strange attraction to it, the visual aesthetic is strangely magnetic. It comes at you with its sensuous shapes but at the same time draws you in creating a distorted sense of space...from such a small space! It is one of those curious pieces that holds within its grasp the potential to become an iconic piece of art. That, or a perfect opportunity to squeeze some kind of metaphysical meaning or interpretation for those inclined towards the esoteric. Last century, we had Warhol's oddball Campbell Soup to lift an everyday object into an iconic representative 'zeitgeist' of the age, perhaps in this new century, we have a new contender..." 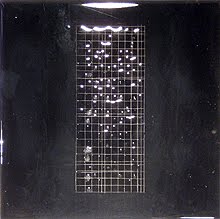